CALIFORNIA’S NARROW NETWORKS: WILL IT BRING DOWN THE EXCHANGE?

Posted on April 13, 2014 by Matt Kinley | Comments Off on CALIFORNIA’S NARROW NETWORKS: WILL IT BRING DOWN THE EXCHANGE?

Physicians are expressing deepening frustration with California’s version of the Accountable Care Act’s Health Insurance Market place, known in California as “Covered California,” or the Exchange.  Covered California has the reputation for being the best run health care exchange in the nation but even it is suffering from severe problems during this early going.  Physicians are frustrated with administrative issues, the collection of deductibles and co-pays, and the lack of clarity in qualified health plan’s provider contracts.  Most of all, they express contempt for Covered California’s  “narrow networks” and what it means for the physician’s practice and their patients. 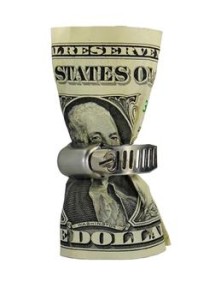 What is a Narrow Network?

Bernard Wolfson at the Orange County Register describes the Narrow Network like this:

The insurers say they are pressured to keep premiums in check but have been left with fewer tools to do it. Health plans that applied to sell their wares in Covered California, the state-run insurance exchange, competed largely on price.

But at the same time, they’re required to provide standardized benefits that not everybody needs or wants, including things like prenatal care, pediatric services and treatment for substance abuse. That tends to raise premiums.

One of the few effective ways to reconcile these countervailing demands, insurers say, is to eliminate higher-cost hospitals and doctors. As a result, consumers are getting thinner pickings, but at lower prices.”  (OC Register, November 13, 2013.)

Narrow networks are needed to keep premiums down.  The idea is to first find those doctors and hospitals agreeable to receiving lower reimbursement for healthcare services. Second,  load them up with patients.

2014 contracts from Covered California Qualified Health Plans are really not much different than provider contacts from prior years.  They still maintain the “fee for service” model that providers have grown use to.  Change is coming. Buried in the contracts with the qualified health plans are agreements to move over to value based payment in the future.  That is, providers will be expected to take the risk that payments from the health plans will cover the actual cost of treatment.

Some of the issues physicians have been suffering from are listed below:

The problem with fixing California’s narrow networks is that premiums for the health insurance will skyrocket. Federal regulations do require that health plans under the exchanges  have “reasonable” provider networks.  Health and Human Services is looking to stiffen these regulations in the near future.  California law has provider network requirements.  California’s Health and Safety Code  has certain requirements for provider networks, requiring a hospital to be located within 15 minutes of each and every enrollee and requires certain care to be completed within certain time frames. (Title 28, California Code of Regulations, Section 1300.51(c). California Health & Safety Code sections 1342, 1367 & 1367.03.)

While Covered California has tacitly accepted these narrow networks as a method of keeping premiums low, there is growing concern about how such networks will change healthcare in California.  David Jones, the California Insurance Commissioner held hearings in December on this issue.  Look for proposed regulations from the Department of Insurance later this year.