DOES YOUR HOSPITAL PROPERLY CLEAN THE BED?

Posted on April 11, 2018 by Matt Kinley | Comments Off on DOES YOUR HOSPITAL PROPERLY CLEAN THE BED?

A NEW MALPRACTICE ISSUE FOR HOSPITALS?
Columbia University researchers found being in a bed previously used by a patient with an infection ups your own risk of infection by 583% (SEE ABSTRACT, HERE: https://www.ncbi.nlm.nih.gov/pubmed/29486805), according to the current issue of Infection Control and Hospital Epidemiology. The researchers conclude that “enhanced cleaning measures” are needed.

No kidding. Adequate cleaning is more vital now than ever, because germs are getting deadlier. On April 3, the Centers for Disease Control and Prevention announced that “nightmare bacteria” — causing infections that cannot be cured with most antibiotics — are spreading throughout U.S. hospitals. Fifty percent of patients who get these infections die.

When checking-in, check to make sure that your bed has been properly cleaned.

Comments Off on DOES YOUR HOSPITAL PROPERLY CLEAN THE BED?

Posted on November 9, 2017 by Matt Kinley | Comments Off on CALIFORNIA HEALTH CARE LAW IN THE TOP 75 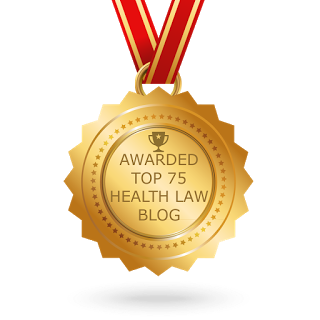 Several years ago, this blog started as a way to inform physicians and other health care professionals about relevant health law issues.   Recently,  a blog reported that this blog is in the top 75 nationwide of all healthcare law blogs.

Please take a look and give me your thoughts!

Comments Off on CALIFORNIA HEALTH CARE LAW IN THE TOP 75

DOCTORS AND THE SURROGATE MOTHER

Posted on April 23, 2017 by Matt Kinley | Comments Off on DOCTORS AND THE SURROGATE MOTHER

Physicians are not lawyers and shouldn’t pretend to help the parties with the surrogate contract issues. However, they can help the parties understand the medical issues such contracts create.

Treat Surrogate Mother and the Fetus

According to the recommendations of a 2008 American Congress of Obstetricians and Gynecologists (ACOG) committee opinion, a medical professional’s obligation is to care from the pregnant woman and the fetus.

This contrasts sharply with  California law since 1993 when the California Supreme Court approved surrogacy agreements for gestational surrogacy (Johnson v. Calvert). The court ruled that as between the genetic relationship of the woman who donated the egg, and the relationship of the surrogate, “she who intended to procreate the child-that is, she who intended to bring about the birth of a child that she intended to raise as her own-is the natural mother under California law.”

The parties who hired the surrogate should be the parents. By making this ruling, the Court signaled it’s intent to look at the intent of the parties to determine who was the parent.

How does the healthcare system respond to conflicts between the birth mom and the contracting parents? The ACOG Opinion requires the physician to support the goals of the pregnancy of the birth mother. The California Supreme Court (later codified), gives the mantel of parenthood to the parties who hired the surrogate. How does the doctor decide when the parties disagree?

One California case demonstrates some of the issues (CM v. MC.) In the case, a 50-year old male postal worker who lived with his mother wanted a male child. Though a surrogacy agency, he contracted with a 47-year old women to carry his surrogate baby. The intended father and the surrogate mother never met. Through the broker, a 75-page agreement was signed. The agreement provided that the mother would receive $27,000, with a $6,000 bonus in the case of multiple pregnancies, that the woman would become impregnated by implantation of donor eggs fertilized by the postal worker’s sperm, and that the intended father would pay medical bills and insurance for the surrogate during the pregnancy. The agreement further provided that the intended father wanted a male child and that in the event of a multiple pregnancy, the intended father had the right to require “selective reduction” of the pregnancy.

The following is a list of guidelines for caring for surrogate mothers.

First a warning: there is little legal guidance for many of these guidelines and there has been too little discussion about the legal obligations of the physician in these situations.
Get a copy of the Surrogacy Contract.

The purpose of obtaining this agreement is not to give legal advice or to make decisions based upon the agreement. Rather, knowledge of the agreement can give the obstetrician important information about the medical choices made by the parties. Some of them include:

b. Surrogate Mother’s Behavior During the Pregnancy. Standard contracts provide for behavior of the surrogate mother during the pregnancy, including diet, abstention from tobacco, achohol, drugs, etc., the utilization of vitamins, exercise, and frequency of visits to the physician. Agreements may even require treatment of the child before birth, like reading to the child, or music, or birth methods, etc.

c. Decision Points During the Pregnancy. The physician can take note of the obligations of the surrogate to make certain decisions, such as DNA testing, or selective reduction as described in the case above.

Note that there is some risk in obtaining the Surrogacy Contract:  By having knowledge of the terms of the agreement, a slighted party may try to sue the physician for a tort called “interference with contract.”  This would be an allegation that the physician intentionally attempted to get the surrogate to breach the contract.  There is no known case in the country for this cause of action at this time.

Often, the intended parents are absent until the birth. In such cases, the physician should only follow the surrogates instructions during the pregnancy.
After Birth Issues.

Generally, surrogate contracts allow intended parents to go into court and get an order of custody at the time of birth. If such an order exists, the intended parents would usually have the right to make all decisions regarding children born to surrogate parents. Without such order, the surrogate mother’s instructions should be followed.

This article is meant as guidelines in an area of law that has no real guidelines. Suggestions or different experiences are welcomed.

Comments Off on DOCTORS AND THE SURROGATE MOTHER

KINLEY TO SPEAK ON “WHO OWNS PATIENT DATA”

University of California, Riverside. HIPAA and the Hi-Tech regulations impose burdens on healthcare providers on how private health information can be utilized.  Given the potential penalties for missteps, this is an important topic for the healthcare industry to grasp.  Tickets are still available!

As a recent Office of Civl Rights Report recently pointed out, 2016 was a record year for enforcement: “OCR has been on a tear, settling 11 cases in 2016 with resolution agreements and corrective action plans. The agency also won a decision by an administrative law judge in an enforcement action contested by a home healthcare and medical equipment supplier (see OCR Slaps Home Health Provider with Penalty.”

Private Health Information must be maintained and utilized in ways that protect the information from exposure.

Matt Kinley is a health care attorney and founder of Kinley Law Practice in California. You can contact him at matt@kinleylawpractice.com.

WHAT ABOUT A MANAGEMENT SERVICES ORGANIZATION?

AVOIDING THE PROHIBITION AGAINST NON-PHYSICIAN OWNERSHIP OF MEDICAL ORGANIZATIONS

A management services organization (“MSO”) is an entity which would contract with a physician or a medical corporation owned and operated by physicians. The MSO could be owned by non-physicians.  The physician or medical corporation can pay the MSO for everything. Employees would work for the MSO; the MSO would pay for the lease.  The MSO would pay for all significant expenses and receive a fee for its services.

This presents a significant constraint to physician business ventures. Specifically, if physicians or other clinical personnel work for entities other than professional medical corporations, they may be exposed to disciplinary risks, as well as to forfeiture of revenues.. For non-physician business partners, violating the CPOM may also bring both civil and, in extreme cases, potential criminal liability for engaging in medical practice without a license.

In California, the solution for avoiding violations of the CPOM in business ventures in which physicians work with businesses owned by unlicensed persons is a contractual relationship between the physician entity and the unlicensed business entity, or a “management services organization (MSO).” This is a business vehicle that permits unlicensed persons to provide services to physicians and their professional medical corporations. In its simplest form, an MSO provides basic practice support services to physicians and professional medical corporations via a contractual relationship, commonly known as a management services agreement. These services frequently include activities such as billing and collection, administrative support in certain areas, and electronic data interchange (e.g. electronic billing). Some MSO’s provide a broader set of services: the MSO may purchase many of the assets in a medical practice, such as office space or equipment. MSO’s can employ office support staff, and assist with a wide range of non-clinical functions. MSO’s can also assist in functions such as marketing. Often, MSO’s can reduce costs by bringing economies of scale and professional management experience into physician practices, thereby improving operational efficiency and reducing overhead costs.

the MSO must be carefully considered and constructed.  Review and application of relevant laws and regulations is a must.

By Matt Kinley, Esq. of the Kinley Law Practice

The California Healthcare Law Blog was created several years ago to keep the healthcare industry abreast of new developments in health law.  It’s been an amazing journey!  It’s culminated in a new law firm, Kinley Law Practice, committed to supporting health care entities with quality advice.  Give me a call at 562.715.5557 or email me at matt@kinleylawpractice.com with comments or questions.

How to Utilize an Attorney for HIPAA Breach Analysis

Posted on December 20, 2016 by Matt Kinley | Comments Off on How to Utilize an Attorney for HIPAA Breach Analysis

An attorney’s role in any potential breach is to lead an assessment of the breach and to help clients determine whether to disclose a breach by applying the law to the factual investigation. Such an assessment is required for covered entities when a breach is suspected under Modifications to the HIPAA Privacy, Security, Enforcement, and Breach Notification Rules, and under the HITECH Act and the Genetic Information Nondiscrimination Act (GINA) and the corresponding regulations. As the company and experts review the potential breaches, the attorney should apply the  law implicated by the facts.  The appropriate law may not only be the federal law, but state law, as well.  For example,   the very stringent California Privacy Law which applies to breaches in California.

IF it is determined that there is a reportable breach, the attorney assists with the proper methods to make notification.

Any attorney chosen for this task should have experience and education in healthcare law.  Some examples include a healthcare LLM, such as the one offered by Loyola Chicago’s Beazley Institute for Health Law and Policy. and designations in compliance, such as someone certified in Healthcare Compliance (CHC).

My background includes retention by several clients to help with such an assessment, a Masters of Law (LLM) in Healthcare Law from Chicago Loyola Law School and I am Certified in Healthcare Compliance (CHC). I help healthcare institutions comply with HIPAA and other federal and state regulations.

IS YOUR HEALTHCARE COMPLIANCE PROGRAM COMPLIANT?

Posted on August 26, 2016 by Matt Kinley | Comments Off on IS YOUR HEALTHCARE COMPLIANCE PROGRAM COMPLIANT?

Under current law, physicians are required to maintain an effective, comprehensive compliance program to detect, correct and prevent incidences of non-compliance with state and federal regulatory law.  Goals of a comprehensive compliance program is to prevent the significant criminal and civil penalties that might come with a violation of the False Claims Act, Stark, the Anti-Kickback Statutes, HIPAA and state law equivalents. Failure to comply might lead to exclusion from health payments. Here is a summary of the core components of a complete compliance plan:

#1  MISSING OR INCOMPLETE WRITTTEN POLICIES, PROCEDURES AND STANDARDS OF CONDUCT

#6.  NO SYSTEM TO AUDIT AND MONITOR ORGANIZATION COMPLIANCE AND COMPLIANCE RISKS

#8.  LACK OF SUPPORT FROM PHYSICIANS AND LEADERSHIP OF THE ORGANIZATION

Comments Off on IS YOUR HEALTHCARE COMPLIANCE PROGRAM COMPLIANT?